When you are convicted of a motoring offence, the courts can issue you penalty points or ‘endorsements’ as they are often known, which will be recorded on your

licence. Endorsements will remain on your licence for a minimum of four years and a maximum of 11 depending on the offence. By calling the DVLA on 0300 790 6802 or visiting their website you can find out the details of your driving licence record, where your fines and when they will be removed are listed. If you build up to 12 or more penalty points within the space of just three years you may face a driving disqualification . The rules for this penalty differ for old and new drivers, with stricter enforcement’s for those new to the road. A new driver will have their licence revoked if six or more points are accrued within two years of passing their test.

A new driver can also be issued penalty points on their provisional licence, and if they are not yet expired, they will be carried over to your regular licence once you have passed your test, any further penalty points can lead to your licence being revoked. If this does happen, you’ll have to apply for a new licence, as well as paying the cost of a new on again. You will be required to re-take both your theory and practical test again before you can be issued with a completely new licence.

The full list of penalty points and offences, including motorway penalty points can be found on the DVLA Gov website. Fines and endorsements can also be issued to those who have helped someone who was issued a penalty point, for example if you were with someone who is driving under the influence. This is still displayed on your licence, but the coding will be different, with the ‘0’ in the regular code being altered to a ‘2’ for example ‘DR52’. There are also different but similar codes for permitting and inciting offences.

How long do endorsements last?

Endorsements can either last 4 or 11 years on your licence. Their validity is the first 3 years if you have 4 years or first 10 years if you have 11. Endorsements are available to the court and will be considered if it is still on your record and commit another offence. They can also be accessed by employers and insurers at any time for your four year endorsement or for the first five years of a ten year one. If you are under the age of 18 with an endorsement, this may be able to be accessed for the first 30 months of it being issued. However, if you have been given an offence for dangerous or reckless driving, your four year endorsement will be valid for four years from when it is issued. More serious offences can come with an endorsement that lasts 11 years from the date it was issued, and these are causing death by careless driving, drink driving or drug driving.

Giving up your licence for endorsement

Getting an endorsement requires you to hand over your licence so that it can be processed, either to the police at the time of conviction, at a fixed penalty office and when you are required to appear in court. If you have lost your licence you will be required to get a replacement so that you can hand it over. 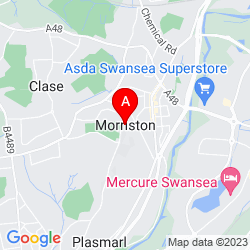